The refrigerator is considered to be an absolute necessity in most homes in the developed world. But still around 25% of people in the world do not have access to fridges. Having access to a fridge allows families to reduce the frequency of their shopping trips, to prepare food at times that fit in with work commitments and allows luxuries such as cold drinks in warm weather.

In the 1970s scientists discovered that the CFC gasses used as coolants in refrigeration were causing a hole in the ozone layer. Governments began regulating the use of CFCs however millions of fridges all over the world already contained them and when the fridges broke down or were scrapped, the CFCs escaped into the atmosphere.

From the 1980s onwards, fridges began being made with gasses such as hydroflurocarbons or HFCs which do not deplete the ozone layer. Unfortunately, HFCs are greenhouse gasses, meaning that they trap heat in our atmosphere and contribute to global warming. The Australian Government is currently phasing out the use of these gasses. Careful capture and disposal of HFCs so that they do not escape into the atmosphere is considered to be one of the biggest challenges in the battle against climate change1.

The other big issue with fridges is that they run 24/7 meaning that they are constantly consuming electricity. That wouldn’t be such a problem if all of our electricity came from sustainable or renewable sources but in Australia only 23% of our energy comes from renewable sources. That means that the electricity our fridges use is very likely harming the environment through mining and through the generation of greenhouse gasses. 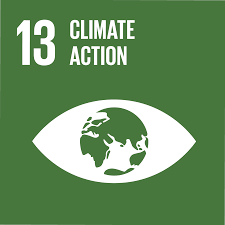 Design a fridge of the future.

This episode was researched and written by Rachel Brittliff

It was narrated by Rachel Brittliff & Melanie De Gioia.